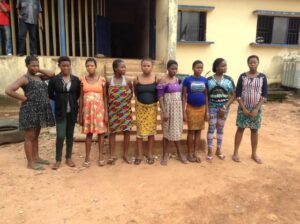 Baby factories is a new term in Nigeria business industry and it involves physical, psychological, sexual violence of the victims and breeding, trafficking, and abuse of infants and their biological mothers.
An investigation has recently established that the business has been introduced to Osun State and it is currently being unraveled in some parts of Ile-ife and Ilesa axis.
Recent findings revealed that some baby factories have been established in Ile-Ife, Ilesa and some adjourning villages, where some young girls were camped and forced to have sexual intercourse with male commercial sex workers for pregnancy.
According to the report, “It was gathered that the young girls were brought from Rivers, Imo, Benue, Akwa Ibom and Anambra states by some syndicates who usually lure on the pretext of securing job for them in Osun. The baby factories were operating under the guise of orphanage homes and maternity centres in Ilesa and Ile-Ife were being used as cover up by the operators of the baby factory business in the areas.”
“According to credible sources, syndicates of the illicit business in Ilesa have different locations where young girls were kept and impregnated till labour period.
“When it is time for delivery, the sources said the captivated girls will be taken to the maternity centre involved in the baby factory business.
“After delivery, the girls would be taken to another location where they would breastfeed their babies for a period of one or two weeks, after which their captors will collect the babies and sell them to intending buyers.
“There are syndicates who buy the babies and resell them to other people, said the sources.
“Findings revealed that the victims are between 16 and 25 years of age.
“We authoritatively gathered that one of the girls being used for the business, Esther Victor, a 21-year-old, delivered a baby boy on August 17, 2020 at a maternity home around Sabo area of Ilesa.
“Victor’s baby, according to sources, was allegedly sold to one Moscow, a resident of Omiru area in Ilesa, last week at N350, 000.
“According to findings, the young girl and some others were camped and impregnated at Oluwo village around Iperindo in Atakunmosa East Local Government of the state.
“Another camp for the baby factory operators was also said to be in Ajegunle village, along Eti-Oni town in Atakunmosa West Local Government of the state.
“The medium learnt that a resident of Oluwo village, Isaac Felix, who always carried the pregnant girls on bike to the suspected baby factory in Ilesa, had been arrested by the police.
“Also a pregnant lady, Miss Joy, who was kept at Ajegunle village by the baby factory operators, has been arrested by the police.
“Another pregnant lady, Glory Bassey, a 25-year-old lady and Esther Victor, who had already sold her baby boy were also arrested at a house at Okesa Street Ilesa by the police.
“The police have also arrested a nurse, Mary Adekanmi, an indigene of Ede, who was working in a Hospital suspected to be involved in the baby factory business at Sabo-Irojo in Ilesa.
“According to reports, Adekanmi, who allegedly facilitated the sales of Victor’s baby, collected N115, 000, while Bassey was given N15, 000 for connecting her with the nurse. Victor, the mother was given N220, 000 by the buyer.
“The police are on the trail of Moscow, the buyer of the new born baby, it was learnt.
“When contacted, the Police Public Relations Officer, Mrs Yemisi Opalola confirmed the information, stating that investigations have commenced on the matter.
“According to Opalola, the police have been acting on intelligence reports that led to the arrest of the four suspects allegedly involved in the business, promising that all the operators of the baby factory would be arrested soon.”
In Ile-Ife, a baby factory that was allegedly operating under the guise of an orphanage centre identified as Oroyemi Elizabeth Covenant Home and Care Centre, was last week sealed by the government.
Tagged as Police Detect Another Baby Factory In Ilesha

The Possible Reasons Why Ghanaian Pastor Killed His Wife In Orlando,USA 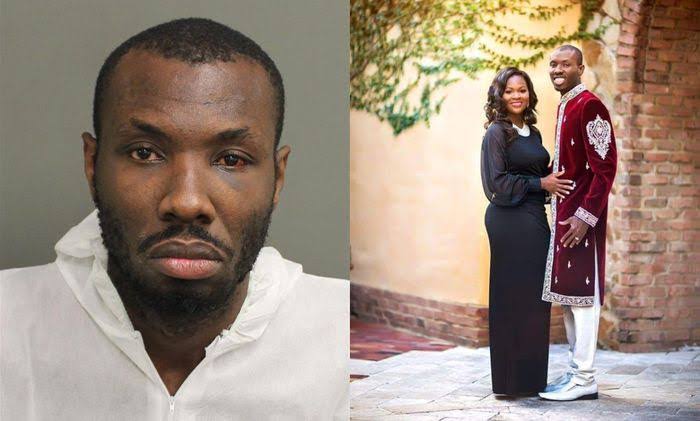