Why Do The Police Mostly Pick On People Of Black Race Globally? 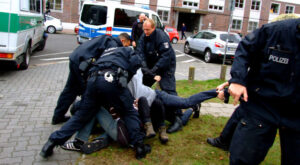 Has social media and society woken to the injustice faced by black people who become statistics of police brutality?

The Edward Colston statue was taken down and replaced with the protestor Jen Reid after she was photographed standing on the plinth during the protests.

Artist Mark Quinn led a ‘secret mission’ to put the statue there in the early hours of the morning off 15th of July. To replace the Grade –II listed statue. When Colstone’s statue was toppled there were excited loud cheers being heard in footage shown by the BBC. Colston killed over 20,000 people including children. He was a wealthy businessman and slave trader; he famously marked his initials on his victims chests.

As soon as Bristol council took wind of the statute being there, arrangements were soon made to have the statute of Colston taken down and returned to Mark Quinn who created it.

People want to understand why Bristol City Council have not addressed the issue of Colston statue being there before it was toppled. The statue being there was offensive and could be seen as the celebration of a man who is a part of England’s dark history, and built his wealth on the exploitation and slavery of black people.

When the people learned who Colston was they were shocked that his statue was still there, as if he was someone to celebrate. Edward died in 1721 and that has left ample amount of time for Britain to re-evaluate their celebration of a man who was responsible for the deaths of thousands of black people. Bristol has profited financially from the slave trade and it was Ros Martin who is apart of the driving forces behind the countering Colston campaign group said: “The plaque is good but we need it to be a part of the ongoing examination in the city to examine their history and acknowledge their individual roles in the slave trade.”

In times of the recent Black Lives Matter movement. It is understandable why people want to erase the memory of someone who has caused so much atrocity. As many black people are still feeling the effects from slavery today.

This level of oppression should not be ignored by the government or local authorities. Colston had a monopoly on the slave trade and was the deputy governor of the Royal African Company. Which arranged the transportation of thousands of slaves around the world. Colston arranged RAC ships to sail from Bristol, Liverpool and London to West Africa, operating military forts based along more than 5,000 miles of coastline from Cape Sallee (in present-day Morocco) to Cape of Good Hope (in what is now South Africa).

However, when the statue was replaced with the black lives matter protesters, one of the most liked comments on social media read: “Awesome. Never should have been put there.”

The Black Lives Matter movement has been going on for 7 years. The organizers said: “The movement was a direct response to the acquittal of Trayvon Martin’s murderer. “The vision was conceived but born out of the struggle of thousands.”

I attended two protests in London. After a search on Twitter to see what people were saying about the protest and what struck me to my core was the sheer disregard people had to the movement and why these protests are taking place.

Disagreements will happen; however, when those opinions are outright disrespectful to the movement and lives lost to police brutality, how can people feel just making such crass comments so publicly and condemning the movement. With comments like: “Who is the real racist” and “All lives matter,” it is clear that there is such a high level of ignorance that people are happy with that. Being publicly racist and feeling there will be no consequences for hate speech and inciting racial violence. Is becoming increasingly common with so many people being confused between free speech and hate speech.

Those who speak out about police brutality fear being condemned and vilified. We have whistleblowers who worry that the Whistleblowers Act does not grant them enough protection from their employer’s. So, what do people do when they witness police brutality? Who do they turn too and who protects civilians from the police?

These questions need answering and other issues such as police brutality in countries such as Jamaica and Africa, why are they going unchecked by the United Nations.

There have been too many deaths in police custody for this to be ignored in the UK and the US – and something needs to be done. More accountability needs to be held by those responsible for allowing this to carry on in the 21st century. In what is described as a democratic society.

It is undeniable that the police risk their lives when they are protecting and serving the public.

George Floyd was buried on 09/06/2020 his funeral was attended by over 500 guests according to BBC. Those guests included politicians and celebrities. George Floyd murder sparked rage from all around the world and was estimated to be one of the biggest protest in US history as it is still going on in some American city’s today. The protest started on March the 26 2020. Thousands of people attend protests around the world demanding justice for the killing of George while he was in police custody.

However there has been talk about the number of black women who are killed by police officers are going largely unnoticed by the press. The #SayHerName has being putting spotlight on black women killed by police. Women such as; Breonna Taylor, Michelle Cusseaux, Tenisha Anderson, Yvette Smith, Miriam Carey, Shelly Frey, Darnisha Harris, Malissa Williams, Alesia Thomas, Shantel Davis, Rekia Boyd, Sheressa Francis. The last name that I will mention is Tarika Wilson who was shot while she was holding her 14 months old son who was also shot in the shoulder but survived. These murders went largely unnoticed by the press unlike the George Floyd protest that sparked outrage from around the world.

The killing of Breonna Taylor led to Breonna law in the US. The officers who were involved in the killing of Miss Taylor have not been arrested. A peaceful protest outside the Attorney General Office saw Porsha Williams, a reality TV show star arrested as well as other reality TV stars, who have been vocal about police brutality and the Black Lives Matter movement. Porsha Willams has been arrested more than once for protesting for justice for Breonna Taylor. It is claimed by the Journal Courier that Louisville police did not alert dispatch until 27 minutes after Breonna was shot.

In more recent events footage emerged of Metropolitan police kneeling on a man’s neck in what appears to be the same restraining method used by George Floyd’s Killers. The Met Police have apologized for the ‘Knee-on-the-neck arrest.’ The Lawyer Tim Rusten of the alleged suspect said: “The arrest mirrored what happened to George Floyd.”

The Met Police said: “One the police officers have been suspended and the incident has been referred to the (IOPC) Independent Office for Police Conduct.

The murder of George Floyd’s started a nation wide conversation about what is an acceptable police practice. Terrible events like this bringS people together. While people have ignored that a man was intentionally murdered and showed no signs of empathy towards him or the community that are routinely marginalized. Although the man had died, social media users shared their opinions on what sort of person they believed him to be calling him a criminal and a drug user.

As if being a criminal or a drug user justifies a police officer killing an unarmed man in broad daylight. At the same time, civilians stood around pleading for his life.

This leads to the questions of what ethical codes are the police following? Are their moral and ethical codes when it comes to reporting colleagues for gross misconduct, or is it them vs us mentality . In 2019 Jacob Frey, the mayor of Minneapolis, announced the city would ban all police officers from attending any “fear-based or warrior training.” The city’s leadership determined that warrior-style training, which reportedly focuses heavily on using force and creating a battlefield-like mindset, is counterproductive to the mission of the police department because it conditions officers to treat every citizen as a potential threat and emphasizes an “us versus them” mentality in officers. Training like this in officers for a prolonged amount of time would of course seriously impact their judgement and their interaction with the public. It is counter productive because the officers who attend these training sessions are very likely to be aggressive which is not helpful for any de-escalation tactics.

Talking about police brutality is not either police hating or anarchism. It is calling out the truth because societies don’t see firefighters beating the “crap” out of someone when they call the fire service because their house is on fire. You don’t see doctors smacking children in the waiting room of a busy A&E service because they are loud. So why is it acceptable for the police to carry out such acts on civilians.

People claim they are so tired of hearing Do they even consider how tired people are of experiencing it? With social media proclaiming that the BLM movement is the problem while in a pandemic, they haven’t considered those who came out to oppose anti-racism.

Twitter users called out the hypocrisy of those who attacked them movement and accused the mostly peaceful protestors of sparking another wave. The Black Lives Matter protests are calling for change against racial injustice and it is the public’s right to peacefully protest under common law and the Human Rights Act 1998.

Many claims about homicide in the US have stated that black people are responsible for more than half of the homicides in the US. However there is a consideration of evidence that contradicts how accurate the FBI reporting is on homicide. It has been said by The National Registry of Exonerations (2017) African Americans make up over 13% of the US population, but the majority of innocent defendants wrongfully convicted of crimes and later exonerated. Black Americans constituted for 47% of the 1,900 exonerations listed in the National Registry of Exonerations (as of October 2016). The great majority of more than 1,800 additional innocent defendants who were framed and convicted of crimes in 15 large-scale police scandals and later cleared in group exoneration.

These facts and this evidence are being largely ignored by social media users who jump to the conclusion that the reason why the police disproportionately kill black people is that they commit a disproportionate amount of crimes. It is common on social media news pages articles, that the most liked comments are excuses that the civilian could have somehow stopped the police from using excessive force by cooperating. This is largely untrue according to the Home Office, data shows that police are more likely to target black and ethnic minorities in Britain. However since last year there has been an increase of 19% stop and searches increase of ethnic minorities in Britain – The data suggest there is a disproportionate amount of ethnic minorities being subject to stop and search. Only since 2017 have police forces in the UK been required to record data for ‘The use of force.’

It needs to be established that those living in more impoverished neighborhoods are more likely to commit crimes. This is not because they are more likely to be criminals – it is because dealing drugs – like most illegal behavior – is an preposterous strategy for escaping poverty. It needs to be highlighted that systematic racism is what largely contributes to crime and the oppression and exploitation of people not born into wealth.

Tagged as Why Do The Police Mostly Pick On People Of Black Race Globally?

The Secret Behind Iya Rainbow’s Success As A Veteran Nollywood Actress. 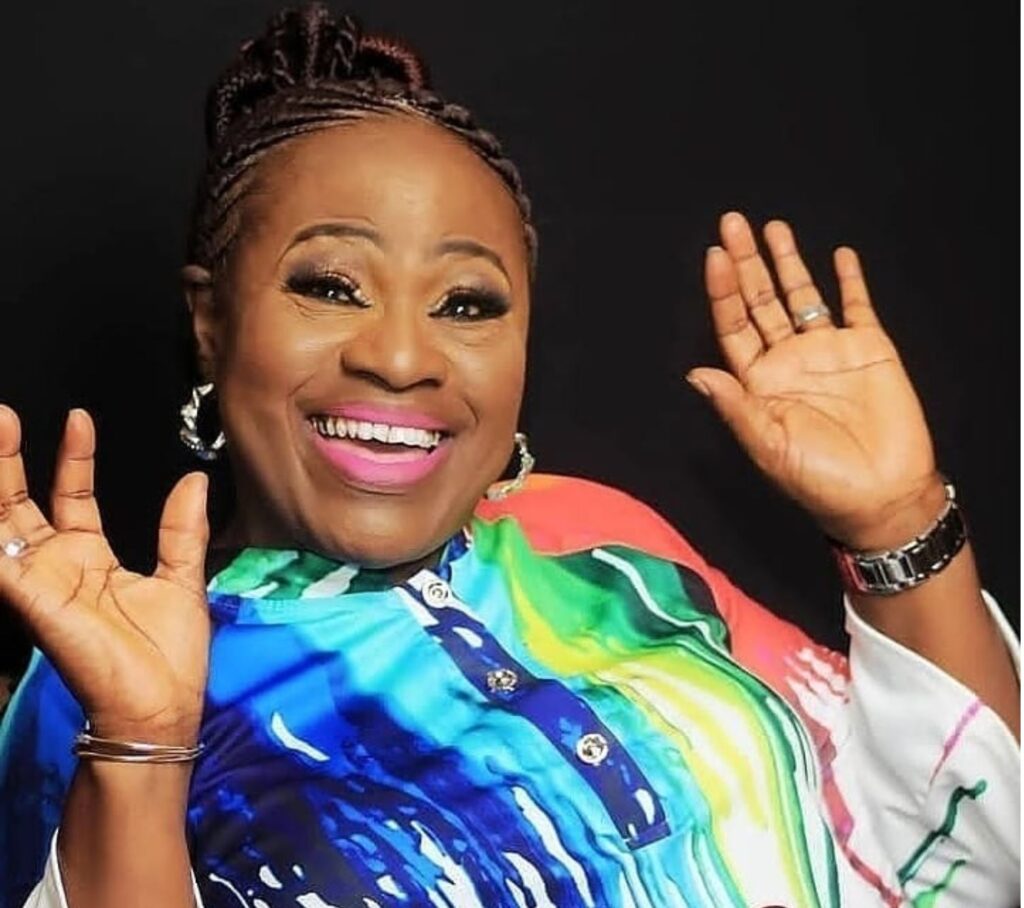 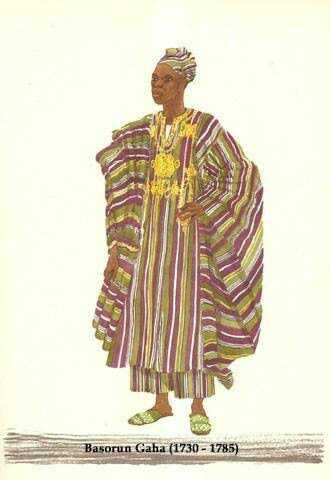